The resqu database collects horizontally transferred antibiotic resistance genes. Each gene, together with its DNA sequences, the encoded protein, and a large set of metadata is organized in a structure describing its resistance mechanisms and genetic properties. The metadata contains information about its host, range of mobility, biochemical properties and induced resistance phenotype. In contrast to most databases for antibiotic resistance genes, all data in resqu is manually extracted from the scientific literature and public sequence repositories. All sequences and metadata is also quality assessed and manually curated. In particularly, the database contains only genes where

The current version of resqu (version 1.1) contains 325 families of resistance genes described by 3018 non-redundant DNA and protein sequences. These sequences are distributed according to their resistance mechanisms as described by the pie chart to the right. 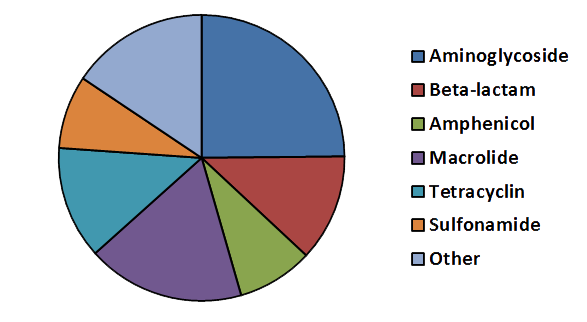